three days, five hundred years hence was created for the exhibition, "Tapestries: A New Interpretation" held at the Burrell Collection, Glasgow. Visitors viewing tapestries at the Burrell are first timed, and the accumulated records, translated to binary code, are then scribed onto the long facade of windows. The work relates to one of tapestry’s longest most influential legacies; the technological development of weaving, and its influence on computer technology. The Jacquard loom was invented in the early 1800s, and functioned via thousands of punch cards. A little later, Charles Babbage looked directly to the Jacquard loom’s punch cards to program his invention, the Analytic Machine, which is considered the first computer. 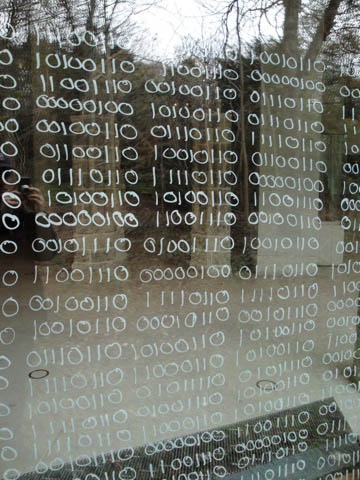 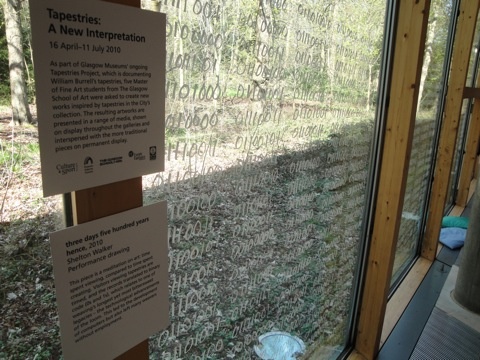 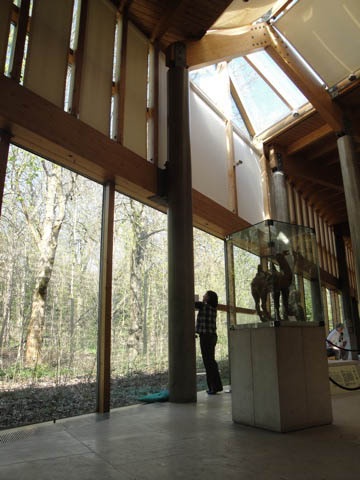